But mine goes yellow. Great streaks of yellow, bright graffiti of yellow. Riding the Amtrak into the Bronx, polluted small cliffs of rock, iron sweat marks and the smudge from exhaust, decades of it. That is my brain on depression, and I fight back with yellow, streaking the side of that rock.Or, as a passenger, I cheer it on as the window I look out of rolls on the rails right by it. It’s the center line , geometrically perfect, ribboned on black asphalt. Forsythia, yellow bird lemon. Grapefruit in November.

It wakes me up around 3 between 4, always has been that way. My brain becomes a bright room, with enormous windows and sun pouring through. Yellow snapdragons, not a trace of orange.

It’s a memory of the sun when everything is raining, and your fields are flooded. Anything with wings would unfold in a heartbeat at the glimpse of it.

I woke up at the inexact time between 3 and 4 am. I stretched my legs and put them up on the headboard, moving the blood . It felt good. I got up to pee and on the way back turned off the lamp that was left on in the living room. Turned on the laptop to find out about the storm, the hurricane, named Irma. I could not envision it. Instead there was yellow.

To think of being deprived of yellow, the mind reaches for the light and turns on the lamp. Not the environmentally safe lamp. The lamp with the bulb that operates on electricity which makes a filament glow. It’s warm and bright, like the sun. The anti-hurricane.

The climate will never be the same, they say. It will rain near the oceans, and rain a lot. There’s no place for that moisture to go except back to the earth. 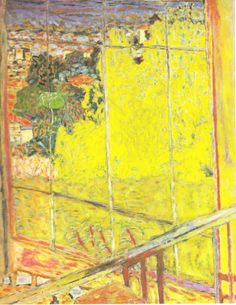